how to get better service on iphone

With time, phones hardware is getting more powerful. With the advent of 5G which is way faster, lower latency data connections networks are more susceptible to signal disturbance. Also at the same time, more energy-efficient buildings are now the trend for causing disruption to the mobile signals. 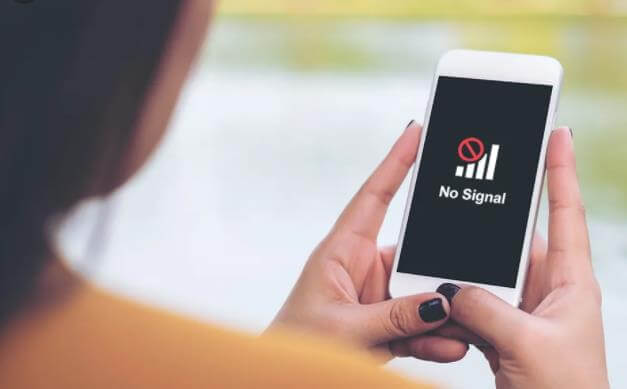 Even the reliably faster network Verizon lacks efficiency in a few areas.

Slower connection while working or staying in a hotel is frustrating, but the good thing is that the slowness of cellular data is avoidable. Preventing it is under the control of the authority.

With the increasing number of internet users, cellular data has come under heavy use. And with such large numbers, smaller areas or rural areas people are likely to have a significant impact.

However, in some cases, the phone signal is bad due to some internal problems of the device being used and it can be corrected in a matter of just a few clicks. Sometimes, resetting the device or adjusting the sim properly in the device solves the problem. Sometimes, however, the problem is actually weak or altered signals.

There are some factors that need to be understood before you improve the services.

1. Understanding the Environmental factors that decide the connectivity of the device

The cause of the weak signal must be identified before depicting possibilities to fix the issue. Many materials used in building making can raise problems to the digital signals. Even, some windows or glass materials can create interference. Often, people open the door or windows and find signals gaining strength. Problems may be also because of outdoor stuff such as nearby hills or tall trees that are much obvious to interfere with the signal. In densely populated areas, the reason might be the rush of users. It might be that local cell towers are not able to facilitate the demands of the population.

2. Use WIFI calling for a stable connection

Almost all the carriers support WIFI calling, it is a great option to use if you have an internet connection and you want to make a phone call. At the same time, it is a life-saving feature for customers facing weak signals.

However, there is some downside to Wi-Fi calling. A stable internet connection is required to use this feature and it also uses some bandwidth at the same time. The demand for bandwidth is fair and not might be a problem with a few people making calls. But in an office of many employees, the bandwidth use might be noticeable.

Wi-Fi calling is a feature that works only when the user is over a wireless network. The limitation is the user has to stick to his house until the call ends. He can’t simply go out of the house and talk in the same way. This can be considered as one of the major reasons why Wi-Fi calling is a temporary fix for weak cell signals. It is however quite handy for modern devices as it is easy to set up.

3. Verizon Network Extender
Carrier providers such as Verizon which is expanding their 5G coverage across the country have an overview of weak signals at commercial buildings and rural areas. So, they provide additional network extenders to help reduce the poor reception of cell signals. The downside of Verizon network extenders is that they rely on a stable internet connection are limited to Verizon users only. Any client using a different network is simply overlooked by it and they are not benefited. Also, it works in small commercial buildings.

4. Identify the varying signal area in your building and use a cell phone signal booster

Weak signals are an unavoidable issue if technology is what you stick to and most of your time is dedicated to social media and the internet. You will certainly require a stable and enhanced cellular connection. At HiBoost you can choose from the cell phone signal booster kits. These boosters are capable of amplifying all the signals they pick up. This means if multiple users are using the internet in a building, it will benefit all of them even if they use unsung carriers. Without FCC-approved devices, we assure you that these will not interfere with the modern electrical devices and their radiations and will not impair nearby signals. Our devices are moreover compatible with 4G and 5G standards, a future-proof solution. 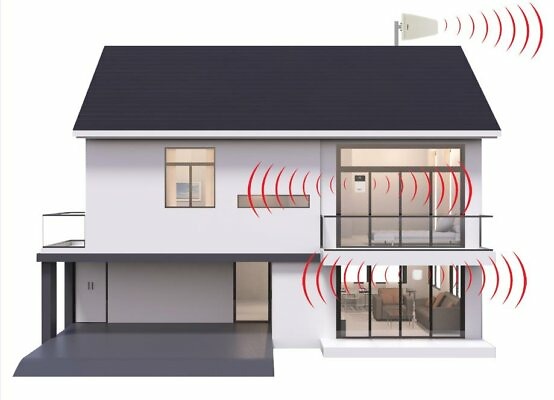 However, an inspection must be done before you decide to invest a lot of money in the extenders or network boosters. You should gather as much information as you can. You can download coverage checkers and take a walk around the building and make note of weak and strong network areas. You can map the building and highlight the areas where people often go to make calls as well as the dark spot areas. Note that the bars of your network don’t decide the strength of the network. You must not conclude bad network strength with one bar or good network strength with four bars.

Coverage checkers or network diagnosis apps are made for these purposes only. The dashboard will be clean and clear with a diagnosis tool. Once you gather all the information, consider a professional that will understand the data and figure out the fix. He will better know the exact place where the signal booster or network extender should be installed.

Commercial amplifiers are a pack of 3 devices, one antenna which is installed outside to receive signals, the amplifier itself and an antenna that is installed inside the building to impart signals to the users. The signals are transmitted through a wire from the receiver antenna to the amplifier and after the signals are being amplified, it is being transmitted to the donor antenna.

Getting a better network signal is not a big deal. Even if all the hack fails, you can consider HiBoost Signal Amplifier. It assures the best in any scenario. The professional installers here are available to help you anytime.